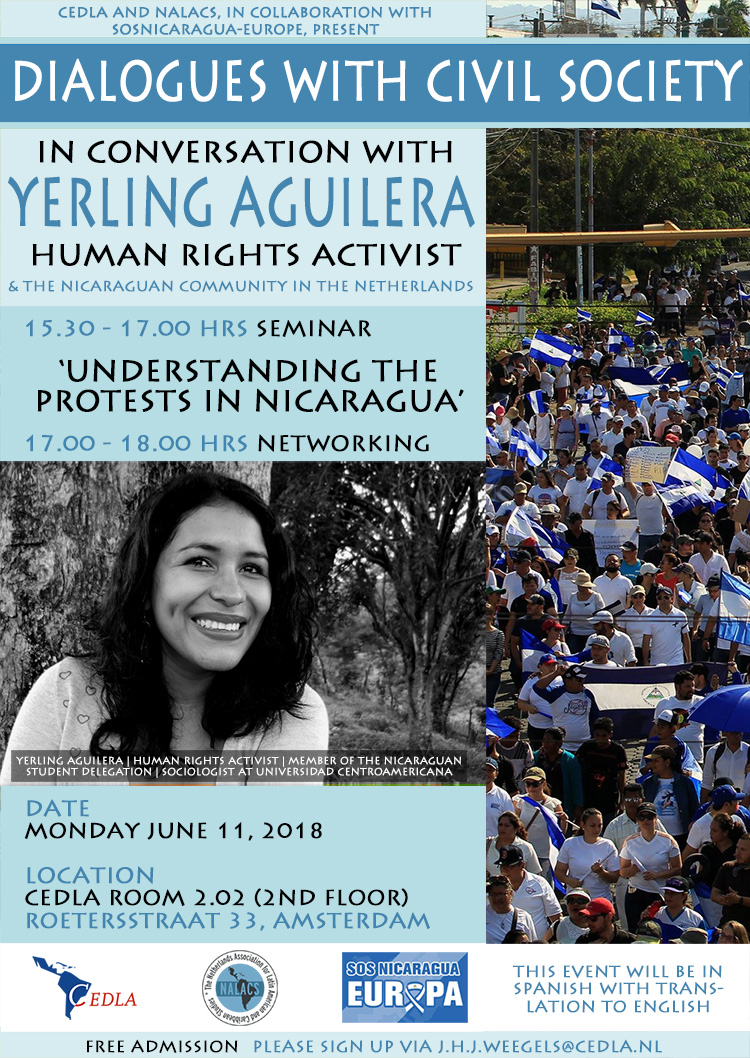 On Monday 11 June, the CEDLA will receive part of the student delegation that has traveled to Europe to discuss the protests and state repression occurring in Nicaragua from 18 April to the present day. The brutal repression has left more than 80 dead, more than 800 injured, and 400 detained. Despite the clear conclusions of the Inter American Human Rights Commision report, the government has not yet taken steps to deescalate the violence. The event will be in Spanish with translation in case necessary<

Yerling Aguilera, teacher from the Universidad Centroamericana (UCA), will accompany us and speak on behalf of the protesters.* Members of the Nicaraguan community who have organized multiple demonstrations in the Netherlands will also be there. CEDLA’s PhD student Julienne Weegels will introduce the Dialogue and act as the moderator.

We invite everyone interested in knowing more about what is going on in Nicaragua to join us at this event.  The meeting will be held at the CEDLA (University of Amsterdam) on the second floor of Roeterstraat 33 in room 2.02.

*Yerling Aguilera is a young sociologist, teacher and researcher who has dedicated her study to the memories of the Revolution and gender-related themes. She is a left-oriented women’s rights activist and has helped the current protest movement in diverse ways.

Please confirm attendance with an e-mail to [email protected]