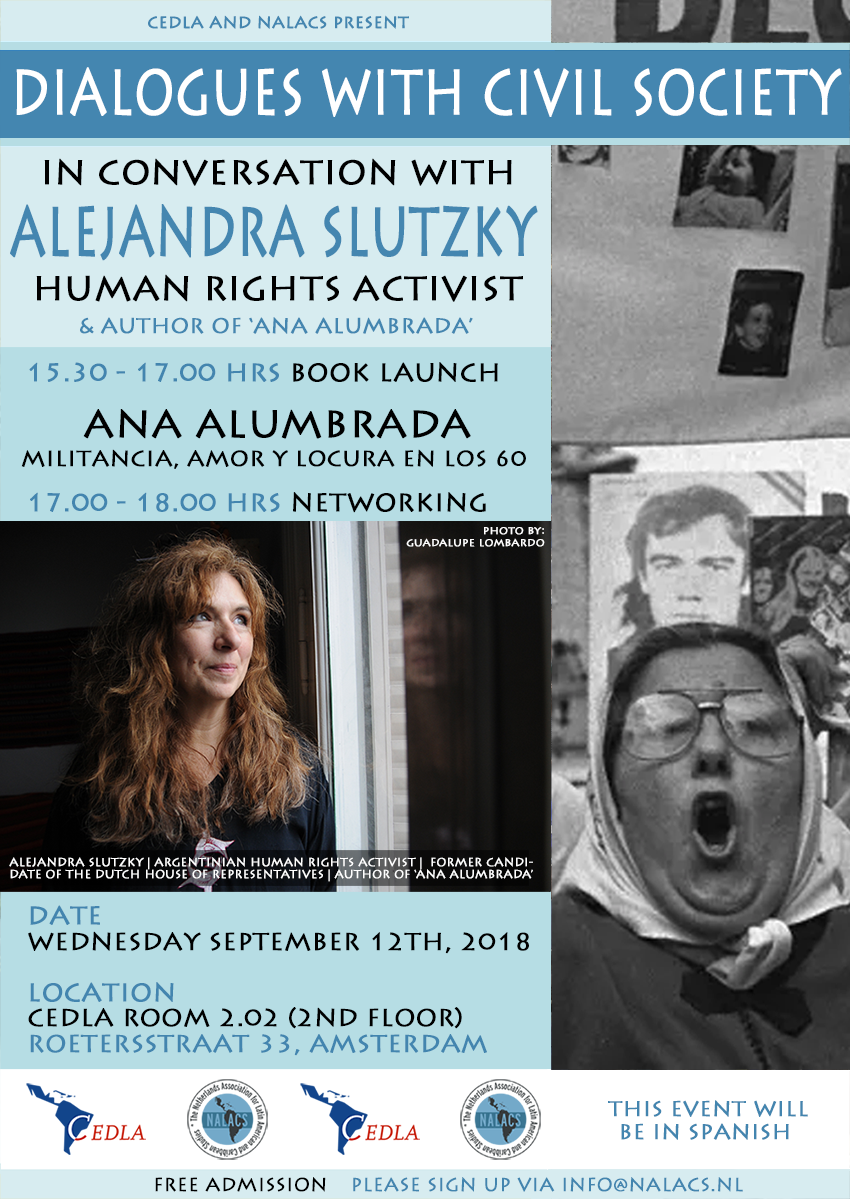 On Wednesday, September 12th, 2018, Nalacs and CEDLA: Centre for Latin American Research and Documentation are organising the 4th edition of the ‘Dialogues with Civil Society’ series.

This time we will receive Alejandra Slutzky, daughter of a couple of political activists involved in the Peronist revolutionary movement in Argentina in the 1960s and 70s, and author of the book: Ana Alumbrada. Militancia, amor y locura en los 60 (Deixis, Editorial Punto de Encuentro). In Ana Alumbrada, Alejandra tells the story of her mother, Ana Svensson, a political activist who was trained in Cuba in 1967, but who was later expelled from her political group for not complying with the rules of the organisation. After returning to Argentina with her two young children, she was interned in a psychiatric hospital in Buenos Aires during the military dictatorship, where she died in 1982.

Through Ana’s life story, Alejandra sheds light on the role and position of women in the revolutionary movement in Argentina in the 1960s-70s, as well as on the treatment of psychiatric patients during Argentina’s last military dictatorship, two topics that have generally received less attention in the debate on the recent past in Argentina.

The event will be in Spanish. Admission is free. Please do confirm your attendance with an e-mail to [email protected]. More info & RSVP: www.facebook.com/events/241004836599022/.